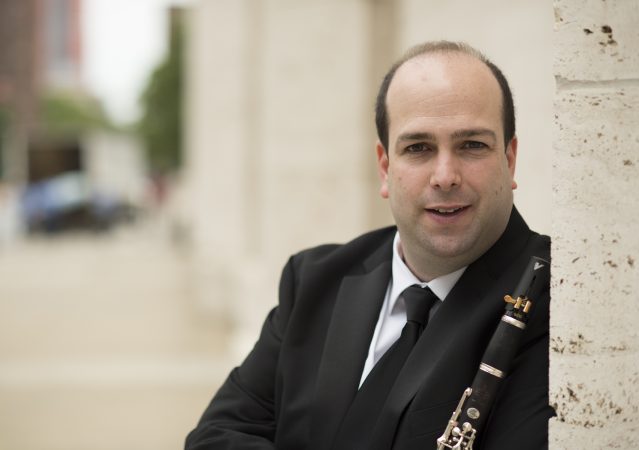 The Vancouver Symphony Orchestra is thrilled to present Strauss Also Sprach Zarathustra, a performance filled with an acclaimed masterwork, a celebrated composition and a world premiere on February 22 at 3 p.m. and February 23 at 7 p.m. During the performances at Skyview Concert Hall the VSO will be joined by clarinetist David Gould whose playing has been characterized as “elegant” and “virtuosic”. The concert features the 70+ member symphony orchestra led by Music Director and Conductor Salvador Brotons, now in his 29th season with the Symphony.

The performances begin with Celebration for Orchestra by Ellen Taaffe Zwilich, who was the first woman to receive the Pulitzer Prize in 1983. Of the piece, which was originally composed for the Indianapolis Symphony Orchestra and their inaugural performance in the Circle Theatre, she says, “… Celebration for Orchestra is like a mini-concerto for orchestra, featuring some of the outstanding soloists in the ensemble, highlighting the various sections, and calling for the highest degree of virtuosity in the entire ensemble.” Next, the VSO will perform the world premiere of the complete Bass Clarinet Concerto featuring David Gould by Maestro Brotons. This work was composed in 2018. Bass clarinetist David Gould played the premiere of the first movement (with piano accompaniment) in July 2018, at the International Clarinet Association Conference held in Ostende, Belgium. The two remaining movements of the concerto were completed in September 2018. Following, Maestro Brotons conducts Strauss’ Also Sprach Zarathustra with the famous opening fanfare.